• Windy Wiper Gives The Low Down On Buying Tires
• 1927 Willys Knight Model 66A
• Women with Wheelz is coming to Hot August Nights
• A Clean Engine Is A Happy Engine
• Windy Gives Advice On Buying A Car – Used or New?
• From Steam To Internal Combustion Engine

A Clean Engine Is A Happy Engine

I have this fantasy. I’m in my overalls, ready to work on this car. I approach it with trepidation. I open the hood, look down, and much to my surprise —  I find a clean sparkling engine.

Although your engine is a mass of metal, it needs to breathe just like you do. Air circulating around your engine keeps it cool. Eventually, this build-up will cause your engine to overheat. Also, oil softens the hoses and belts in your engine, sometimes causing them to rot. Nine times out of ten, most car problems stem from a lack of preventative maintenance – the small things, like hoses and belts that can cause big problems later.

Here’s the scenario. You’re on vacation — or, on your way to a very important meeting. Suddenly your car is smoking. You open the hood and the engine is flooded with green stuff.  The culprit, a dirty cracked radiator hose.

Steam cleaning probably would have prevented this. Take my car for example, I bought it in 1973, after all, I love classics, I steam clean it regularly, and still have many of the original parts. Oil accumulation is also bad news for your car’s electrical system, especially in newer models, which are more dependent on electronics. Oil corrodes the insulation around the wires. When they fray, you run the risk of exposed wires. If one comes in contact with metal, you could blow a fuse or, worse yet, have an engine fire on your hands.

For mechanics, working on a clean engine goes so much more quickly. It’s easier to troubleshoot when you can see the engine clearly. Also, it’s safer. Your tools won’t slip as you reach for nuts and bolts. I don’t know how many times I’ve cut and banged my hands on a greasy engine.

Steam cleaning could prevent all of this, yet for some reason people refuse to it. Mechanics probably feel like dentists do, about patients who never floss or get their teeth cleaned.

And like preventative dental care, steam cleaning is such a simple and inexpensive process. It takes an auto detailer about an hour to do the work. Some will even come to your home or office depending on your local ordinances.

Here’s what happens. Then engine is sprayed with a degreaser. After about ten minutes, hot steam is used to remove it. Then the engine is painted in some cases to prevent rusting. Also, the detailer will moisturize all the rubber parts to keep them from drying and cracking.

Now we get to the important part, the price. On the average, a detailer in my area will charge around fifty dollars to steam clean an engine. Sometimes that includes an exterior car wash too.

So how often should you do this? About every four to six months, depending on how dirty your engine gets. I keep up on my 2001 year model and because of it, steaming clean takes about ten minutes. If you do this twice a year, that’s relatively a small investment, when you consider the alternatives.

Let’s go back to the radiator hose scenario. Suppose you didn’t catch it in time and lost all of your radiator fluid? You might end up having your engine rebuilt. Or, suppose you wind-up with an electrical problem? You may have to have your whole ignition replaced. We’re talking major repairs here, and a big chunk out of the old savings account.

Remember the golden rule of the road: a gallon of prevention is worth a whole tank of cures. (Is that how that old proverb goes?) Anyway, you get the idea.  Happy Motoring. 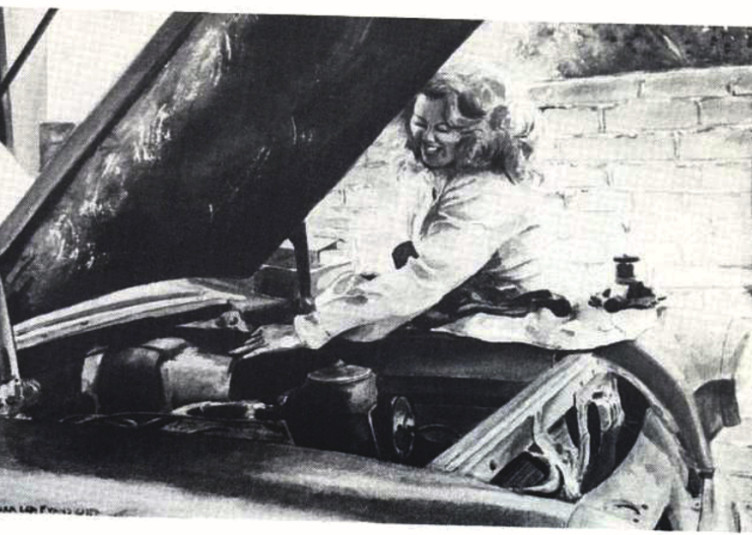 11 Car Care Tips You Should ALWAYS Do!

VW Hippie Bus, was it really called that?

Teresa’s Garage Getting Started; With the Basics

Which air filter is right for your cars engine

What To Check On Your Vehicle Before Planning Any Trip