It never fails that pesty check engine light seems to illuminate at the worst possible time and everyone knows having it diagnosed can be costly and sometimes scary. Why do they call it Check Engine in the first place when most people have no idea what they are checking when they open the hood.

Should something jump out at you as you feast your eyes on an engine compartment filled with parts and you may not be mechanically inclined? Don’t break out that bottle of aspirin for the headache you get when that happens.

With that in mind, let me enlighten you on this mystery. The car engines of today are now constantly monitored by a computer or computers. The days of being able to repair the car yourself or having the neighbor jumping in to help is somewhat a thing of the past. Automobile technology is changing almost as often as we change our cell phones. New things are happening all the time.

The cars monitor system senses all the components of the cars emissions, ABS system, engine and suspension. Did you know that if you do not tighten your gas cap tight enough after each fill up, that could trip the light? Prior to 1996, carmakers had their own engine diagnostic systems, primarily to ensure their cars were compliant with Environmental Protection Agency pollution-control requirements. Starting with model-year 1996, automakers standardized their systems under a protocol called OBD-II, which stipulated a standardized list of diagnostic trouble codes (DTC) and mandated that all cars provide a universal connector to access this information. It’s usually located under the steering column and is easy to access.

Trying to decipher what the codes mean can be done by purchasing an inexpensive code reader available at many auto parts stores that can connect to this standardized On Board Diagnostics (OBD) port located underneath the steering column on most vehicles. You can use websites such as Engine light help to locate the meaning of the code. Some codes readers can turn the light off, this does not repair an issue and if the problem is consistent, the code will reactivate sooner than later.

I have had many customer confuse the “service required” light on the dash with the “Check engine” light. The service engine light indicates that your oil change service or other scheduled maintenance is due. The Check engine lights come in different colors depending on the manufacture. If the light begins to flash, then there is a more serious problem and needs immediate attention.

Many people ignore the light sometimes for months in fear of an expensive repair bill. Websites such as CarMD.com sells a device to read the codes and can even estimate the cost of the repair for around $119.00. Being a mechanic of many years, even I do not ignore the light when it comes on in my car.

Recently I had this occur but the code was generic so with a little research, I determined and confirmed the problem was the thermostat housing located at the opposite end of the upper radiator hose from the radiator was leaking slightly. Even the simplest problem can be detected. If you live in very cold climates and the thermostat does not open fast enough for the computer to sense the change in coolant temperature, that also can trigger the light, but during warmer days, it is fine.

As you can see, having this checked out can be simple or the beginning of something serious. But even with the code it can be somewhat tricky. Occasionally, the Check Engine light comes on when nothing is wrong with the car. It could be a temporary problem caused by a change in humidity or other factors. In these cases, the light should go off by itself after a short time. If the light stays on then the troubled areas could be the Oxygen Sensor, located in the exhaust system, Catalytic converter, Mass Air Flow sensor (MAF) or Spark Plug Wires. Having it checked out may cost you up front, but can save in the long run.

Windy Wiper Gives The Low Down On Buying Tires

What To Know About Buying A Hybrid Vehicle 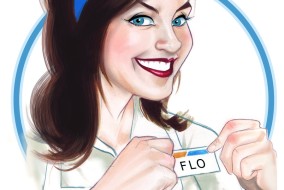 What Do I Need To Know When Buying Car Insurance

How Tires Are Made