My monthly column in the Happy Herald Teresa&#8217;s Monthly Column 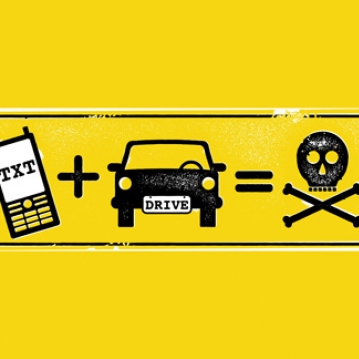 Did you know that cell phone addiction is rather likely? If you are reading this article on your cell phone, don’t feel alone, On average, a person who is CPA (cell phone addicted), spends three hours a day on their phone. In your lifetime it can add up to 1140.4 hours a year. This is also hurting businesses, since employees feel it is their right to be able to access their phones at all times. Many companies have adopted cell phone use policies.

Being married to your cell phone is becoming an increasingly serious problem among all ages. I work an event every month where people are mandated to attend, and the conditions include turning off your cell phone completely. It amazes me how many individuals feel that airplane mode or on vibrate is the definition of off. When instructed to turn their phones off completely, their demeanor changes to a hostile attitude as if you were cutting off one of their limbs.

These are the type of people who have a serious relationship with their cell phones. Their world cannot seem to function unless they feel their phone is close at hand. It has brought states across the country to enact new laws defining distracted driving to include texting.

I remember the days when driving a car was the number one concern while behind the wheel. I think today it has dropped to number three, behind texting and cell phone conversations. Lives have been lost because drivers feel that a phone call is more important than keeping their eyes on the roadway and not their phone.

Texting and driving has become the norm with people today. You lose your cell phone and the whole world goes into a panic. Have you ever found yourself stopping your car in the middle of the road because your phone fell between the seats, or you go into a panic because it is nowhere in sight? Then, yes, you are CPA. Take this test to find out if you are addicted to your phone: http://virtual-addiction.com/smartphonecompulsion-test/ In 2012, 3,328 people were killed in distraction-related crashes. About 421,000 people were injured in crashes involving a distracted driver. At any given time throughout the day, approximately 660,000 drivers are attempting to use their phones while behind the wheel of an automobile. Just hope not all these drivers are heading in your direction at the same time. This is staggering. Awareness is the key to reducing the lives lost. One life lost is one too many. It will take all of society to embrace the “No Texting and Driving” concept to reduce the numbers of deaths each year. Here are some statistics from the National Safety Council that will help shed light on how many lives are affected by those who choose to drive distracted.

• The National Safety Council reports that cell phone use while driving leads to 1.6 million crashes each year.

• Nearly 390,000 injuries occur each year from accidents caused by texting while driving.

• One out of every four car accidents in the United States is caused by texting and driving.

• Texting while driving is six times more likely to cause an accident than driving drunk.

• Answering a text takes away your attention for about five seconds. Traveling at 55 mph, that´s enough time to travel the length of a football field.

• Texting while driving causes a 400 percent increase in time spent with eyes off the road.

• Of all cell phone related tasks, texting is by far the most dangerous activity.

• 94 percent of drivers support a ban on texting while driving.

• 74 percent of drivers support a ban on hand-held cell phone use.

Roadways are meant for traveling, not worrying if you’ll become one that will be injured or killed by a distracted driver. Put down the phone and wait until you arrive at your destination or find a safe place to pull over. Yours or someone else’s life depends on it.

Women with Wheelz Helping To Give A Gift Of...